Corbett Keeling’s Chairman and CEO, Jim Keeling, has been interviewed for the ICAEW’s monthly magazine on corporate finance. The article, which is printed in the April edition of the magazine, looks at the volume and value of transatlantic deals after a politically turbulent 2016, as well as the cultural differences that can arise when working with US firms.

Also interviewed as part of the article were fellow Globalscope members Russ D’Alba of Paramax Corporation, and John Sloan of Allegiance Capital; both based in the USA.

Click the image below for a link to the full article. 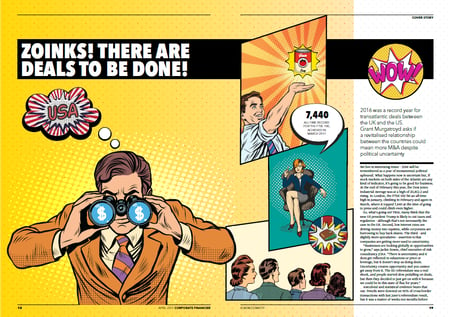